A group of junior certificate students from Errigal College have won a prestigious technology competition in Limavady for secondary schools.

The team of four were asked to design and make a vehicle, which was weight propelled. This vehicle had to move in a linear direction while hoisting up a weight using a pully mechanism.

The team were required to produce a set of working drawing of their design and then manufacture the vehicle before it was tested by the judges.

The winning team was Naoimi O' Leary, Illona Pasterick, Keeva Brogan and Niall O'Donnell who used their technical graphics skills to create a detailed drawing before applying their woodwork and metalwork skills to manufacture the winning vehicle.

The teams metalwork teacher Mr Sweeney who attended the event said he was delighted by their vision, imagination and creative skills which they displayed in planning and manufacturing their winning entry.

The winning team members were presented with vouchers and a perpetual Trophy for the school. 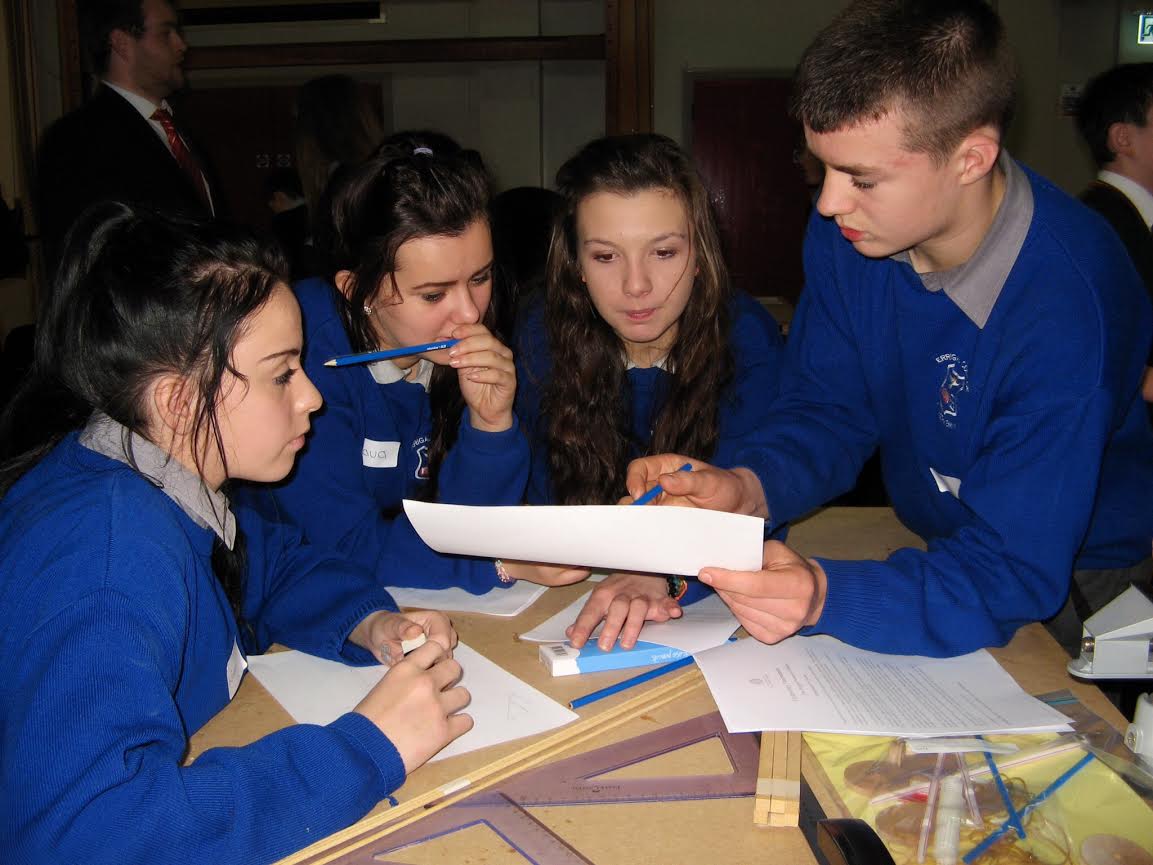 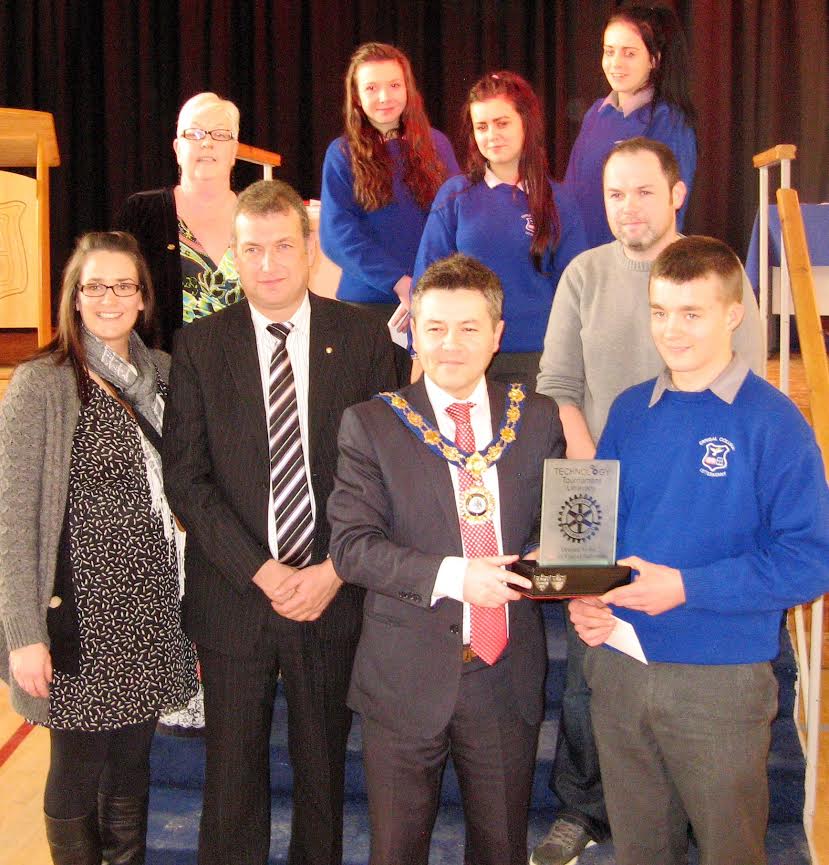 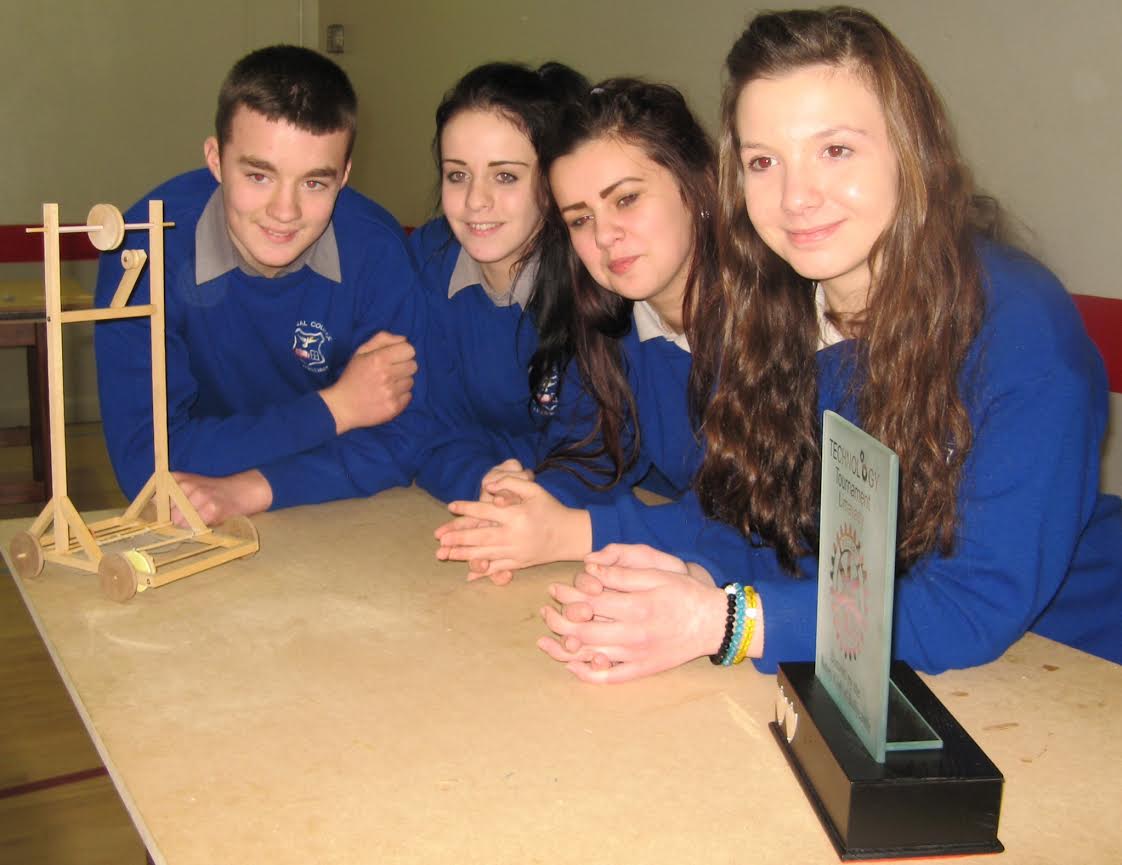 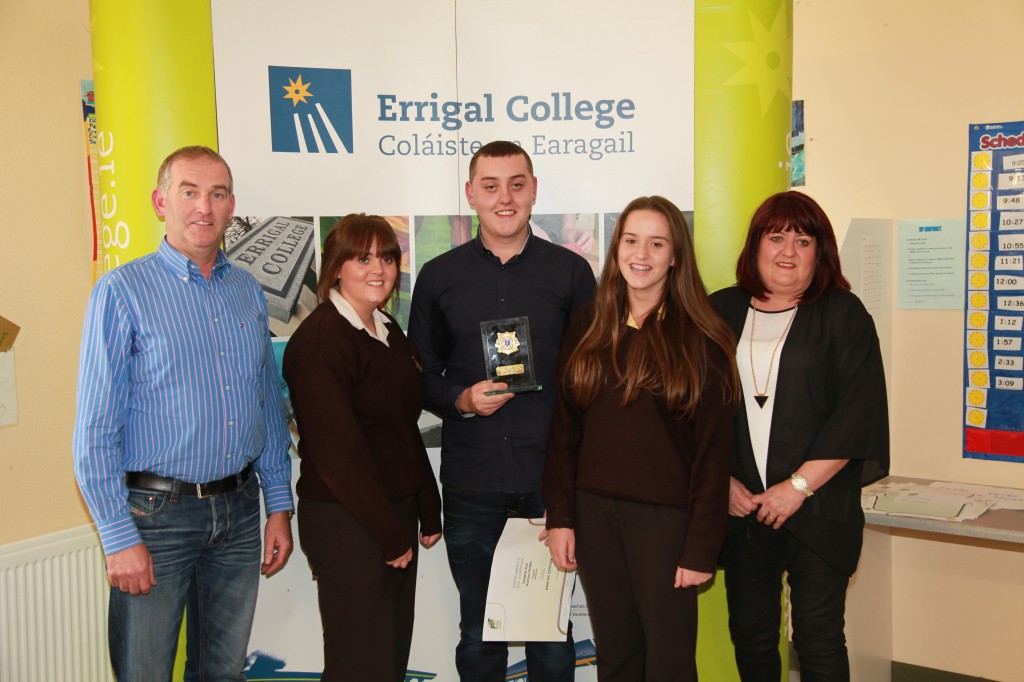 Errigal College hosted the annual Post-Leaving Cert. Awards Ceremony on Friday 5th September. There are five Post Leaving Cert FETAC courses in Errigal College: Art, Craft & Design, Business Studies, Early Childhood Care and Education, Nursing Studies and Sport & Recreation Studies. The guest of honour at the awards was Letterkenny Town Centre Manager, Mr Dessie Larkin. Errigal College Principal, Mr Charlie Cannon thanked him for everything he has done for Errigal College. In the past Mr Larkin was on the school’s Board of Management. He described the new Town Manager as “No better captain of the ship!”

Addressing the graduates, families, guests and staff of Errigal College, Mr Cannon’s opening words were on Errigal College’s upcoming centenary celebrations. “Letterkenny Technical School developed into Letterkenny Vocational School and has now become Errigal College. One hundred years have almost passed and we have always played a major role in helping people to achieve their full potential and have better futures”.Congratulating the students, he said: “You chose to do one of our PLC courses, our staff embraced you and together you worked hard. Graduating this evening is a huge achievement! You have moved on to the next step of the ladder.”  Mr Cannon explained that one of Errigal College’s strengths is the Work Experience module that is part of each of the five PLC courses. He thanked the business sector, school and hospitals for their ongoing help and support.  Mr Cannon thanked Mrs Anne McHugh E.T.B. for her input and help every year in running the PLC courses. He then welcomed Mr Ciaran Rodgers in his new capacity as Acting Vice Principal.

Guest of Honour, Mr Dessie Larkin thanked Mr Cannon and congratulated the students. “You took the decision last year to do a PLC course in Errigal College. You did the work, completed the assignments and sailed over the line. And your reward is tonight’s graduation ceremony!” Mr Larkin has recently graduated and understands both the work involved and the joy of graduating.  Mr Larkin also thanked Michelle O’Reilly for her time and effort in coordinating the PLC programme. He congratulated Mr Ciaran Rodgers, Errigal College’s new V.P. and he wished Mr Joe Boyle well in his new role as Principal of Deele College. He also thanked the Errigal College teachers, 75% of whom are involved with a PLC course.

The high point of the evening was the presentation of the overall PLC Student of the Year award and the five ‘Best in Class’ awards. The winner of this important award was Mark McGettigan. Mark was a Business Studies student and received this highly respected award based on his excellent attendance, the high standard of his work, his excellent results and his working relationship with both peers and staff. Mrs O’Reilly praised Mark, explaining “This award is only given to students who have given 100% in every subject, all year. Mark has done exactly that and he totally deserves it. Congratulations!”

Mr Ciaran Rogers, new VP of Errigal College thanked Mr Larkin and congratulated the graduating students. “You are now part of Errigal College’s fabric. We want to be part of your future. If you need help or advice in the future, do not hesitate to contact us!”

Mr Cannon closed the ceremony by making a presentation to Mr Larkin.  He recalled Mr Larkin’s father, James and the role he played in Letterkenny. Comparing James and Dessie, Mr Cannon said “your greatest quality is that you always give 100%” 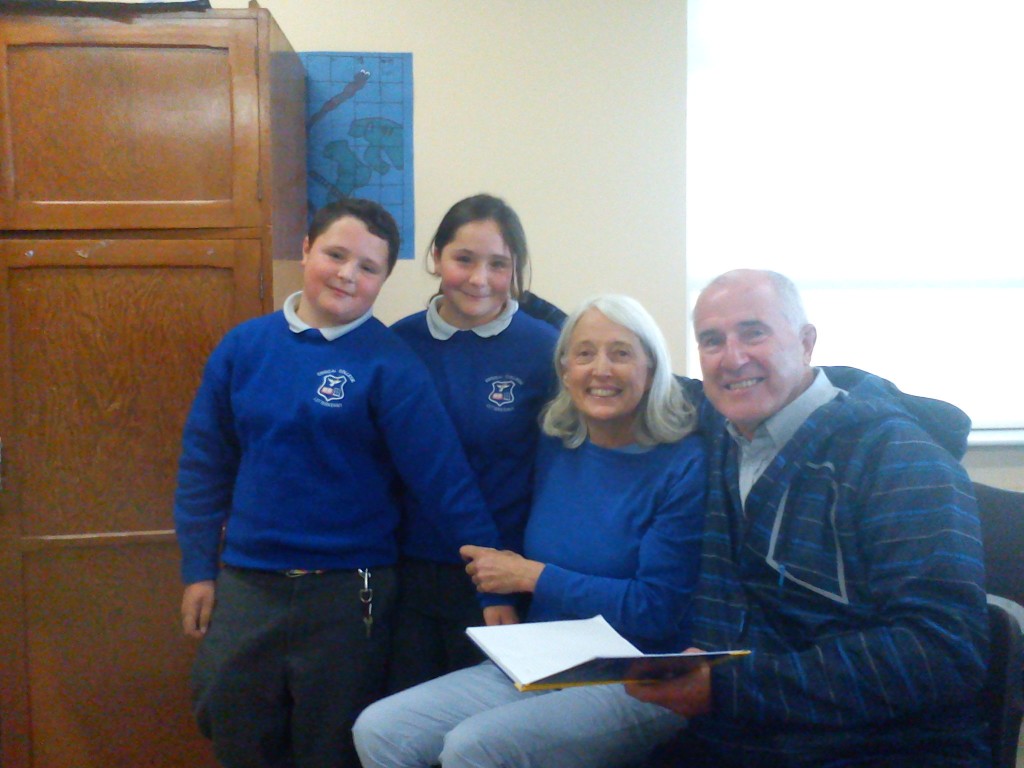 This morning we celebrated Grandparents' Day in Errigal College.  We invited grandparents of first year students and the first years recited poems they wrote for their grandparents. The grandparents also spoke of their own time in primary school. Refreshments were served in the canteen followed by a recital of poetry and a song. The morning ended with the grandparents getting a guided tour of the school.  We would like to thank all who participated in the make it a very special occassion.